At the Tunisian Security Update we try to avoid posting information just for the sake of posting it.  We want our information to remain practical & relevant  for our tar

get readers who are mainly Expats residing in the Bon Lieu area (Carthage, La Marsa, etc.).  The challenge for us is not obtaining information, but filtering through the vast amounts of data that comes across our way and selecting the right information that connects with our community.

Today, instead of having to go out and look for something, two stories came directly to my desk.  Interestingly enough both incidents involved the salafists (small yet vocal minority) that we’ve been hearing so much about.

The first incident was reported by someone who resides in Carthage.  Being very security minded and using his good situational awareness skills, he was able to observe strange signs posted along Ave. Farhat Hached in Salambo Carthage.  The signs which had the word ‘haram’ written on them in Arabic, were posted on top of garbage bins next to empty bottles of wine.  ‘Haram’ (حَرَام‎ ḥarām), which usually means “forbidden” is a word that has definite religious connotations.

From a security perspective the incident although seemingly trivial in nature raises a lot of questions.  It is also another piece to add to the wave of conservatism that is definitely gaining momentum throughout the country.

Thursday turned out to be a pretty exciting morning for the security team as we were informed that a relativity small yet vocal protest would take place in front of the American embassy.  Sure enough we made our way over to the Lac area and were able to observe the protest.  We managed to talk to a few people in order to find out more about the nature of the protest and received several answers.  One protester stated that they were against any ‘American intervention into Tunisian affairs’.

In the end the protest concluded peacefully and without any incident but once again the small yet vocal minority made their point. 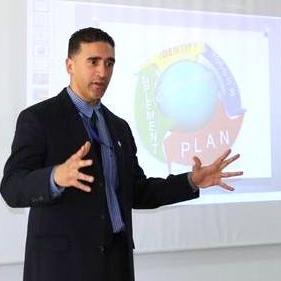